When Facebook’s smart glasses were announced in collaboration with Ray-Ban, it provoked mixed reactions from everyone. While some users were enthusiastic about this technology from the social media giant, digital privacy advocates believe that these glasses can only infringe on privacy.

The smart glasses, called Ray-Ban Stories, will provide users with a new way to capture photos and videos, as well as share their adventures, listen to music and receive phone calls. Simply put, it’s a portable device that will give you everything you need to stay connected to your social life.

The fact is that the technology that Facebook and Ray-Ban have that use smart glasses are not entirely new. In fact, they have been around for at least a decade. Unlike the augmented reality glasses that are used in some industries, all that smart glasses do is keep you connected and provide you with the ability to record what you see.

Facebook is also working on augmented glasses. Project Aria is a new research project that will help Facebook Reality Labs build the first generation of portable augmented reality devices. In Singapore, it was reported that Facebook plans to collect the data needed to build its software and hardware by having its employees use them, with permission, of course.

It started last year in August, when the social networking company changed the name of its virtual reality and augmented reality division Oculus to Facebook reality labs – highlighting a greater focus on augmented reality applications in the future. 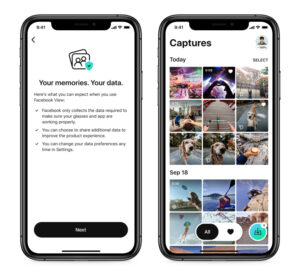 Facebook is not the first company to develop smart glasses nor will it be the last. A couple of days after the release of Ray-Ban Stories, China’s Xiaomi also launched its own smart glasses. However, unlike Ray-Ban stories, the Xiaomi device not only takes photos, but can also display messages and translate text in real time.

It has been rumored that Apple wanted to release its version of smart glasses. But rumors also say it may not happen until the second half of 2022 or even 2023. It is also rumored that Samsung will develop its own smart glasses, implemented with augmented reality (RA) technology. Now it’s just a matter of when these devices will be launched and made available.

But how successful can the smart glasses market be? Despite reports showing that the market is about to grow to US $ 69.1 million by 2025, being the largest market in North America, the key driver for this is the adoption of RA in the glasses. The RA market is growing at a much faster rate compared to the smart glasses industry.

The reality is that companies like Google, Amazon and Snapchat have invested in and launched similar products. However, none have been as successful as previously thought. Both Google Glass and Snap Spectacles were unable to penetrate the market as much as they wanted.

Perhaps with Facebook, the tone could be a little different, especially with advances in social media and collaboration with a renowned eyewear manufacturer. And with Facebook actively defending its Metaverse ecosystem, it’s possible that the glasses just fit the bill. 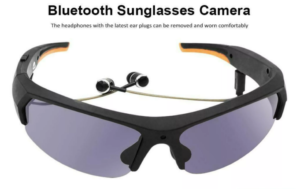 An example of a cheaper alternative. Source – Lazada

Asian products are known for their innovations. And no wonder smart glasses like Ray-Ban are now widely available online and in some gadget stores. Compared to a couple of Ray-Ban stories, smart glasses made in China can be purchased online for less than US $ 20.

These smart glasses may not have the Facebook and Ray-Ban brand, but they can provide users with the same feature. Available in a variety of shapes and sizes, these smart glasses can be connected to a mobile device via Bluetooth and also capture high-resolution images and videos.

Despite the affordability of smart glasses, it is not a product in high demand. And the reason for this is for privacy. Wearing smart glasses to take photos may be something new for Facebook, but it also raises serious privacy concerns.

Facebook has already been implicated in some high-level infractions related to its users ’data. Previously, orapproximately half a million Facebook users have had their data, including names, dates of birth and phone numbers, on a hacker website and this has been happening since 2019. After going unnoticed, experts say the breach is the biggest so far by the social media giant.

In Italy, where there will also be smart glasses, Garante, the Italian data protection authority has asked Facebook to provide him with clarifications related to smart glasses. Garante would like to determine and ensure that the product complies with the country’s privacy laws.

According to Facebook, smart glasses are designed with privacy in mind. For example, a white LED light appears when the camera is operating and users are monitoring data and content. However, users would only wear sunglasses on a sunny day unless they feel like wearing shadows at night. So the light wouldn’t be so visible, especially if you take pictures from afar?

Also, can Facebook make sure that smart glasses can’t remotely access cybercriminals? As a wearable IoT device, smart glasses are tools that can be hacked or compromised by cyber-threat actors.

If mobile and IoT devices can be easily compromised in factories, what smarter glasses?

That said, however, the future of smart glasses depends virtually on consumers themselves. All statistics, facts and privacy issues have been disclosed; it is now up to them to decide whether using these devices is worth the privacy risk.

Aaron enjoys writing about business technology in the region. He has attended and covered many local and international technology exhibitions, events and forums, speaking with some of the biggest technology personalities in the industry. With more than a decade of experience in the media, Aaron previously worked on news about politics, business, sports and entertainment.