Cary, NC – Look where you walk the next time you’re in the center of Cary; you may walk directly through an invisible statue and not notice it.

If you see people gathered to look at something, but you don’t see anything in it, it might be part of the new augmented reality art project happening in the city center. Once again, the city has hidden secret pieces of art around the city to surprise and delight and give it another reason to take to the streets.

Some people have seen futuristic robots floating in front of Fidelity Bank Square. Others have seen a realistic statue of a man on horseback. There is even a hot rod near the old library site that offers a perfect opportunity to do interactive postures.

As of September, some downtown venues have been marked with small posters printed with QR codes as part of the Cary City Augmented Reality Artists exhibit. There is a special application for telephones that is used specifically to see the work. Download the app from the city website, search for city signs, and scan QR codes for a unique scavenger hunt and art display.

There are nine locations in total and they are displayed on the city website. 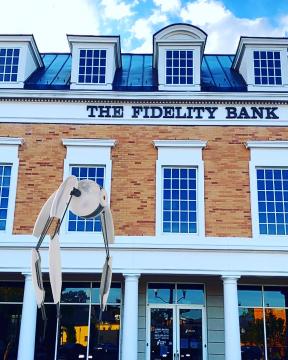 Over the last year or so, downtown Cary has launched multiple surprise initiatives to keep people coming to the city center. Especially during the pandemic, when indoor and group activities have become less common, the city has worked to provide outdoor activities to entertain families.

When the NC Chinese Lantern Festival was canceled in December due to COVID, lanterns were brought to downtown Cary for free public display.

The city also launched an emerging exhibition called GLOW that featured pieces of surprise art in the city center, such as a 3D virtual reality mural, large bright flowers and a giant metallic tree that changed colors with LED lights. 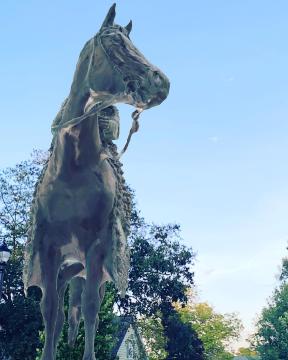 Learn more about this