The last day of our Sea Odyssey cruise ends with a sea day and I had a few important things to try.

Any good day starts with a good meal and I went to the Solarium Bistro for breakfast.

The Solarium Bistro is an underrated place for any meal at Sea Odyssey, because I think a lot of people don’t know or forget it exists. 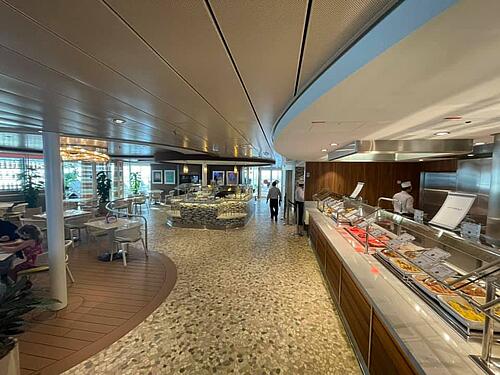 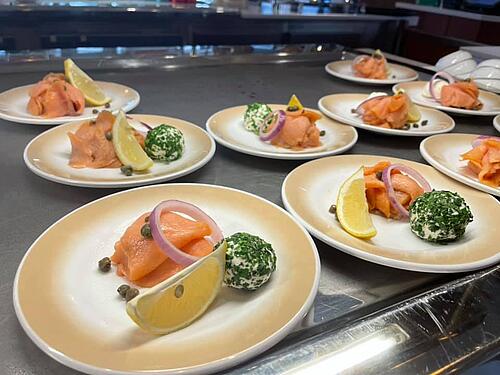 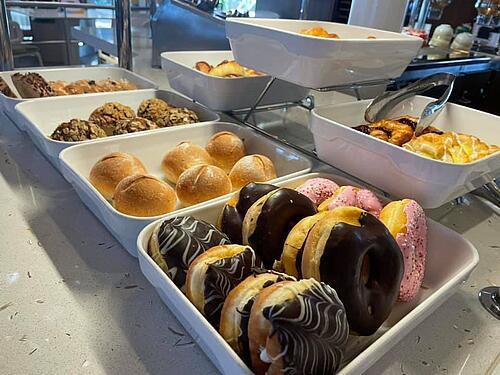 They serve a traditional American breakfast, along with pastries, cheeses, eggs and more.

Then I had to take time to find the man who has sailed the most with Royal Caribbean, Super Mario. 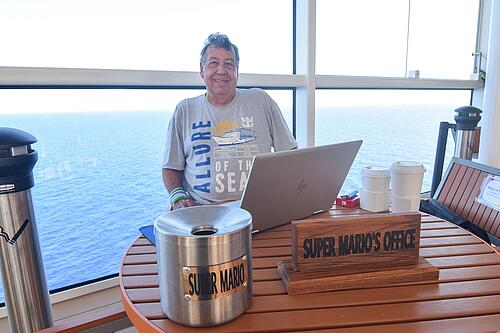 Mario has sailed the Royal Caribbean with over 8,000 Crown and Anchor Society points. 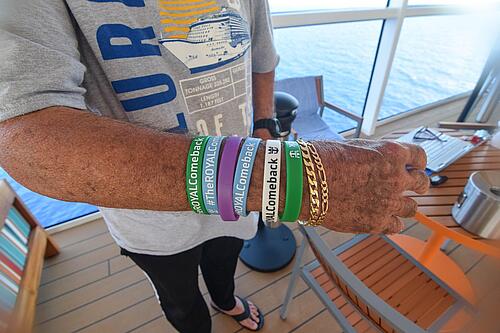 He and I sat down for an interview on our YouTube channel, which you can watch here.

At 10 a.m., I had an appointment for a virtual reality experience at Zone Zero. 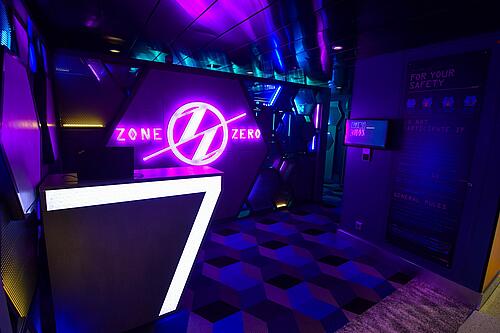 Zone Zero is a new offering for Royal Caribbean and is currently only available on Odyssey of the Seas. It is a totally immersive virtual reality event. It’s free, though as of next week Royal Caribbean will start charging $ 18 per person.

Groups of four guests dress up in a virtual reality suit on their feet and then launch into a virtual reality world. Royal Caribbean designed a space where you can literally walk around this virtual world and see your teammates and interact together as they face off against a pirate monkey and a big bad head in the end. 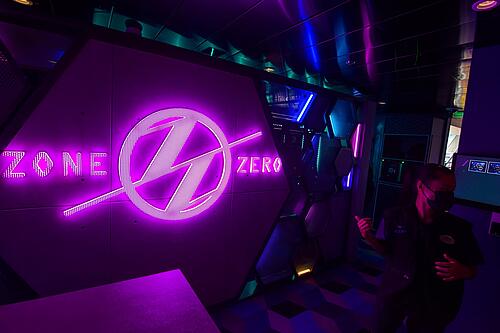 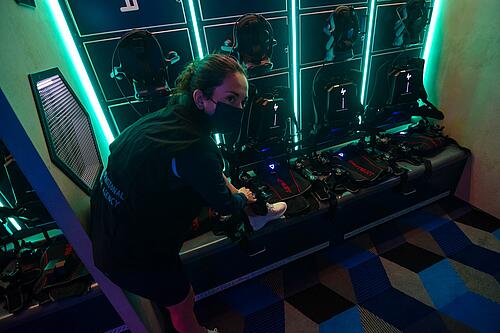 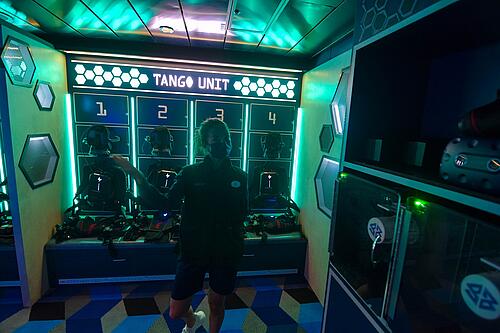 Simply put, this was amazing and unlike anything I’ve done before. I’ve played virtual reality games, but this is a detached experience and the closest thing I’ve seen so far to a Star Trek holodeck.

Our team had a lot of fun and would pay $ 18 per person to do it again.

Today’s lunch has once again been at Playmakers for another round of food at the bar. As always, and since the cruises restarted, I have become a fan of Playmakers. 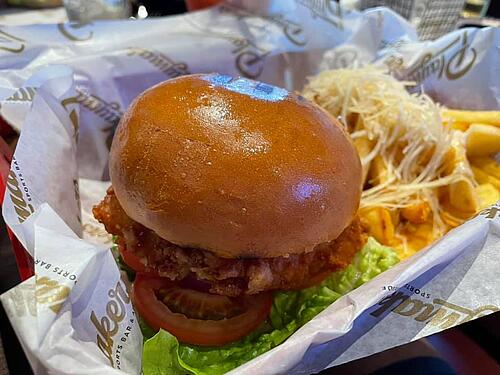 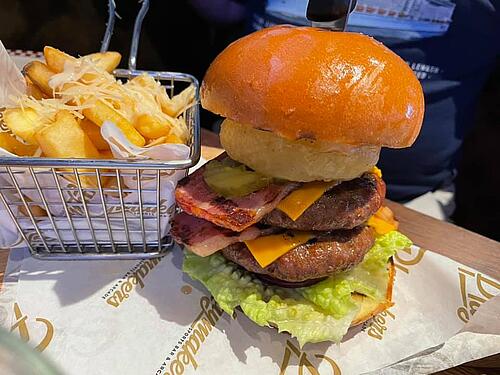 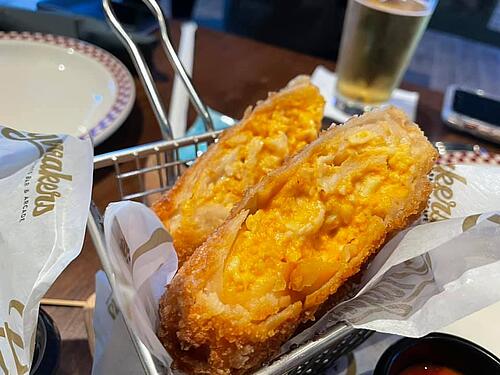 In the afternoon, we did a few trivia sessions at the Music Hall. I didn’t win, but very well.

Towards the end of the afternoon, we packed our belongings so the suitcases could be placed in the hallway to be delivered to the cruise terminal the next day.

Dinner was at Wonderland, where I had dinner a few times, but for a few friends on board it was new. 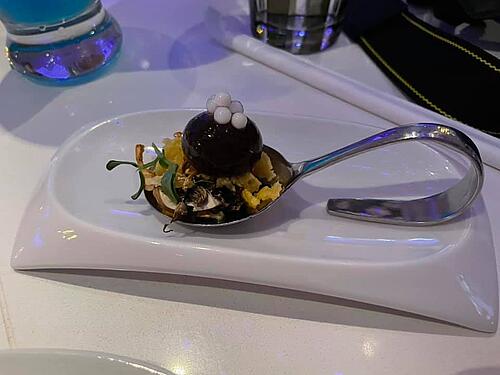 The premise of Wonderland remains unchanged, where the waiter accompanies you from the experience with various foods and drinks that seem unconventional. Some taste very good, others may just be a passing sensation. 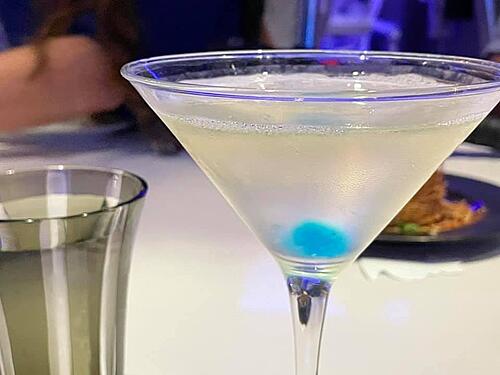 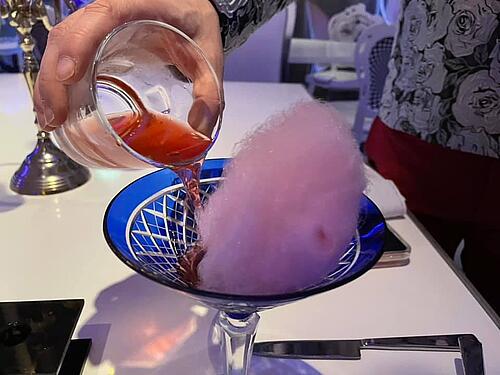 Wonderland may never be my favorite specialty restaurant, but it’s a fun time and I think a restaurant that everyone should try once because it’s so different.

Overall, I really enjoyed Odyssey of the Seas. More than the other Quantum Class ships I’ve been to, because Odyssey has enough tweaks, improvements, and add-ons that set it apart from its sisters.

Odyssey reminds me a lot when I went to Harmony of the Seas following my Oasis and Allure voyages, where a newer ship stands out from its predecessors because Royal Caribbean takes the opportunity to add so much more than the older ships they didn’t have. 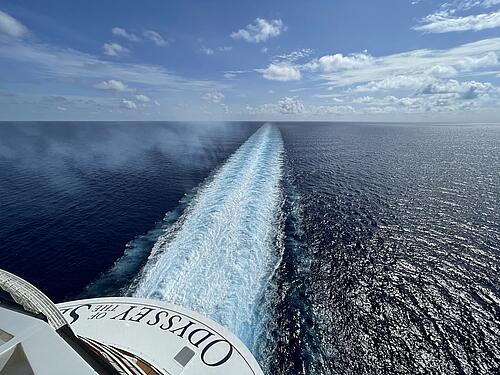 I think SeaPlex’s overhaul, pool deck refurbishment, and Izumi division (separate sushi and hibachi locations) make Odyssey easily my favorite Quantum-class vessel in the fleet (full disclosure, I haven’t been to Ovation nor in Spectrum) where I have been.

We had a fabulous time on Odyssey and I hope I can sail with her again soon.

Thanks for following this live blog. Our next live blog will begin in October, when Jenna will sail to Alaska for Ovation of the Seas.