August 12, 2021 – The Houston City Office of Cultural Affairs (MOCA) announced today that it is awarding $ 30,000 in grants to 12 people and nonprofits that have reinvented their work in the digital realm. The play includes streaming services, virtual reality and digital curation to offer manifested live concerts, theater performances and literary concepts on online-only platforms.

“The grants will provide a new opportunity for innovation that will open up Houston’s cultural and cultural community to a global audience,” said Mayor Sylvester Turner. ”

MOCA awarded the funds through “Let Creativity Happen,” a competitive grant program administered by the Houston Arts Alliance (HAA) and funded by a portion of the city’s hotel occupancy tax (HOT).

The program will accept applications three times in 2021 and offer grants for artistic and cultural experiences that use technology to connect audiences beyond the physical boundaries of space. Switching to online-only platforms breaks down accessibility barriers, increases interest among the public, and invites experimentation on a large scale. Most importantly, this movement facilitates the reinvention of these important cultural contributions beyond traditional structures.

Artists and creators interested in funding the city to support their artistic and cultural work should apply to the 2022 Grant Cycle which will be launched on 10 September. More information.

1. Outdoor duos
By Jahrel Pickens
“Outdoor Duos is a weekly live event with a different guest each week from the Houston music scene that airs at various venues outside (La Carafe, Memorial villages farmers market, Levy Park, to name a few). in early August and until the end of October for a total of 12 sessions I will play various acoustic instruments and sing with my guest during the week Musical styles and potential guests include: Hannah Underwood – old banjo , Robert Rodriguez III – accordion ensemble, Louis Morales – reggae guitar and Paul Ramírez – blues guitar. ”

2. Occam XVII: Land / Water
By Austin Lewellen
“Houston’s links to water, both good and bad, are very much in line with the aesthetic priorities of the‘ Occam ’series of solo instrumental works by Éliane Radigue, a French composer and musician. Number XVII, written for double bass, reflects the journey of a tall drone from the surface, to the bottom of the ocean and backwards. I propose a video recording of this work in the Buffalo Bayou cistern, which would be the premiere of the work in the United States, accompanied by moderate talks by artists and a website that contextualizes Radigue’s artistic practice within the environmental history of Houston. ”

3. 610 Composer Showcase
By Craig Hauschildt
“The 610 Composer Showcase is the key event of an all-season effort to celebrate and explore the music of emerging Texas composers. Each work in the program is selected through a competitive process managed by Loop38. Selected composers will work in collaboration with musicians from Loop38, who will create a high-quality video recording of their works.The digital showcase will premiere on March 20, 2022 at 17:00 CDT on Facebook and YouTube. event and its promotion will be designed to highlight and elevate each of the emerging composers ”.

4. Houston Brass Band Presents: A Midsummer Night’s Stream
By HOUSTON BRASS BAND
“Experience the sound of the Houston Brass Band from the comfort of your own home! Listeners are invited to join “A Midsummer Night’s Stream,” a full-fledged virtual British British music band concert. This performance will feature seven musical selections, including James Curnow’s Fanfare and Flourishes, Derek Borgeouis’ Fantasy on Tico Tico and Tom Davoren’s Fun on Calon Lan with our lead trombonist. “

5. Secret Lies of the Teen Gossip: A Web Series
By Jeana Magallon
“He says here? Productions (a female – directed producer, based in Houston) is in pre – production for the second episode of Secret Lies of the Gossip Teen web series. The second episode will go into full production in 2021 and will be filmed primarily at the MECA Center in Houston. The goal of web series is to play comically with archetypes that are often shown in the media and find the heart in these characters that we like to laugh at. We also hope to provide on-camera opportunities for young and future actors in our great city of Houston. ”

6. Storytime With Silambam
By Silambam Houston
“‘ Storytime With Silambam ’leverages the narrative power and vocabulary of the Indian classical dance movement and the rhythms of Indian classical music, in a series of short videos that tell stories of Indian mythology and folklore. Each 3 to 5 minute video will include English narration and voiceover, combined with expressive gestural narrative vocabulary and the rhythmic movement of Indian classical dance. These short videos will engage the audience in a journey of cultural exchange and discovery, which will be expanded through interactive online sessions with the artists after the premiere of each video. ”

7. A guide to black Houston
By Lindsay Gary
“A Guide to Black Houston” is a unique exploration of African American art, culture, and history. The guide highlights the many places, often little known, that have been built and supported by Houston blacks since the early years of the city. The guide is a treasure for both locals and tourists alike as it takes them on a rich and compelling journey. The guide will be launched virtually and in prominent places in February 2022 ”.

8. Mural Marshall Major Taylor
By Melissa Aytenfisu
“I’m doing a mural of Marshall‘ Major ’Taylor, who will be in Third Ward at the Bike Shop at 2305 Wheeler Street, Houston. The mural will be inspired by the colors and fabrics of Ethiopia, as well as the word art portrait of Wadsworth Jarrell. I will be painting the mural in 2021. This is a live painting event accompanied by an invitation for the public to paint small sections of the mural, an art bike tour on Third Ward Street that will highlight the location of my mural and Expand live play events “.

9. Muse and the fun
By Vonetta Jenkins
“Imagine sharing a hobby in a way that allows your partner to BECOME that hobby. Through a live body broadcast, Vonetta Berry will create a painted body with a bowler in the alley, a car owner and his award-winning car, a nature lover in nature and a comic nerd surrounded by his games, comics and collectibles. Each live broadcast will be advertised via YouTube and Facebook and the public will have the opportunity to watch them later. The final photographs will be available as digital NFT after each transmission. The provisional dates are July 22, July 31, August 5 and September 25.

10. Musical Storytime: Enriching Houston’s Diverse Families
By Ars Lyrica Houston
“Musical Storytime is an ongoing virtual series. The episodes feature fascinating stories from various cultures, narrated in two languages ​​and accompanied by music from the region and the period of history. With more than 100 languages ​​spoken and 53 bilingual schools in Houston, this series celebrates the rich cultural and ethnic diversity of our cosmopolitan city. The first two episodes of Ars Lyrica of Musical Storytime, in Spanish and German, have received more than 1,900 views on Facebook and YouTube. “

11. From the Cave
By Erica Lee
“Like the inhabitants of Plato’s caves, we were isolated from the world in 2020. Our only connection to the outside world became our devices. Starting in August 2021, “From the Cave” will transform the entrance hall of a house into a painted cave to explore the ways in which isolation and technology have shaped our psyche during the last year and consider how we can return to the world next year “. 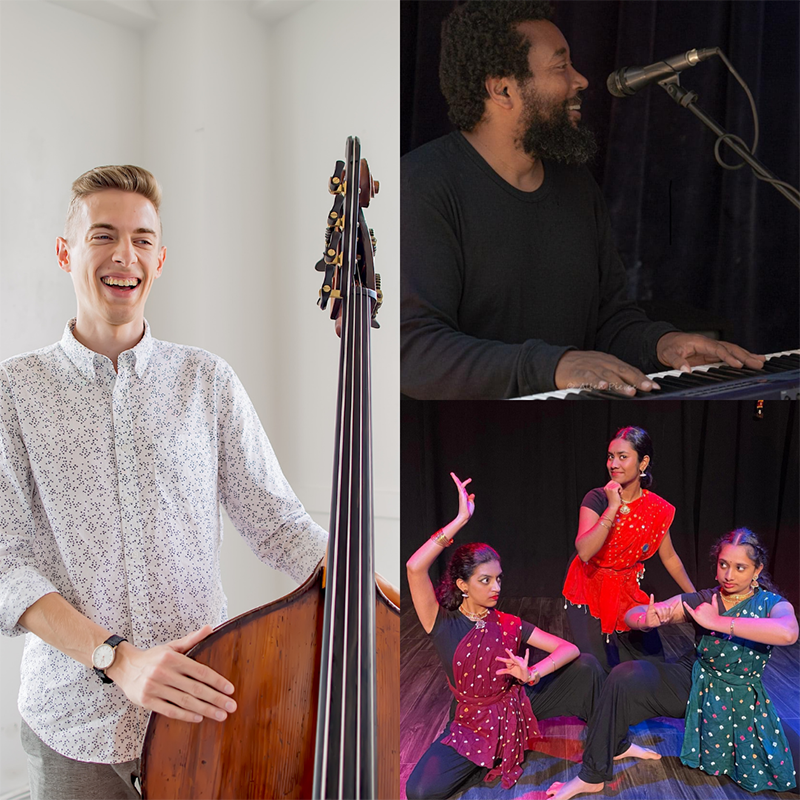 About the Mayor’s Office for Cultural Affairs
The Houston City Mayor’s Office of Cultural Affairs guides the city’s cultural investments with policies and initiatives that expand access to community cultural and arts programs, attract visitors, and leverage private investment. Learn more at www.houstontx.gov/culturalaffairs and follow us on Facebook and Instagram @ HoustonMOCA.

About Houston Arts Alliance
Houston Arts Alliance (HAA) is a local arts and culture organization whose primary job is to implement the vision, values, and goals of the City of Houston for its investments in arts grants and civic art. HAA also runs privately funded special projects to meet the needs of the arts community, such as disaster preparedness, state of the art research in Houston, and temporary public art projects that energize neighborhoods. To learn more about HAA, visit www.houstonartsalliance.com and follow us on Facebook and Instagram @Houstonartsalliance.